Even Mike Watt Likes the Go! Team. Do You? 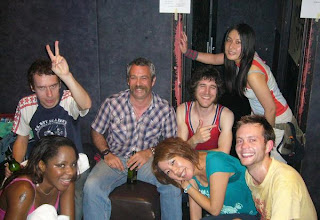 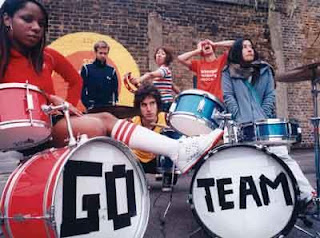 It's true. Uncle Mike digs these kids and their fresh new sound. Well, if its good enough for Mike Watt, it's good enough for me! You should have listened to to the Go! Team by now. You may have already. "Huddle Formation," one of the singles off their first full length player, Thunder, Lighting, Strike has been featured in a car commercial. I'm not sure whether its Toyota or Honda but if you have not heard them, the car companies and Mike Watt know something you don't. I'm still listening to this album well after 2004 and anxiously awaiting the next one. Rumor has it that My Bloody Valentine's very own Kevin Shields has been requested by the band to produce their second album. Will he or won't he? Don't fret because even if he doesn't, I have all the faith in these six youths from Brighton, England to make lighting strike twice on their own! Wacka wacka, like my pun? Scoff if you must but its fitting when discussing the Go! Team's music. It's so wild, loud and energetic, swirling out of control with 60s Herb Alpert-like horns, 70s funky beats, hip hop, Sonic Youth derived guitar, children playground chants, and 80s TV action themes all coming together to create a wall of sound that could even make Phil Spector jealous and do something rash! (What? Too soon?) Their sound screams decadence and it's almost too much, but I'm not complaining. Stand out tracks: "Ladyflash," "Junior Kickstart," "the Power is On", & "Everyone's a VIP." I could go on, but I think I'm going to let the Go! Team tell you in their own words what they're all about. Enjoy this 10 minute mini-documentary I found online.

Posted by Culture Vulture at 8:40 PM

Songs like "Everyone's a VIP to Someone" remind me of those sporatically inserted musical sequences on "Sesame Street"; the 70s, a playful jazzy trumpet, an overcast day, and an ominous balloon floating into oblivion...