Review: Rip It Up and Start Again 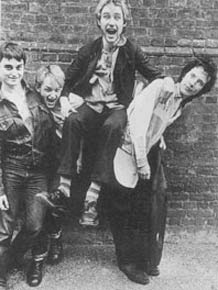 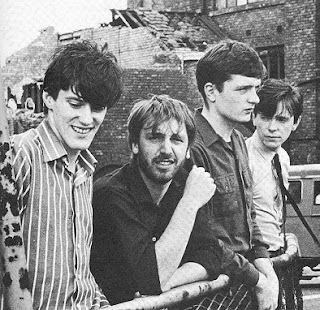 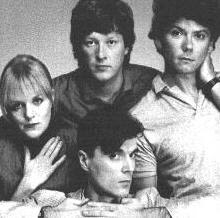 Sympathy for the Devil. It's not just a lionized Rolling Stones song or cultural artifact of the growing influence of rock as recognized by filmmaker Jean-Luc Godard in his 1968 short film of the same name. It is what Classic "Rawk"-heads would accuse veteran NME writer Simon Reynolds giving to the much maligned period of music, the 1980s. I believe the scientific term is "post-punk." In Rip It Up and Start Again: Post-Punk 1978-1984, taken from the song by Scottish group Orange Juice, Reynolds essentially poses the question, "why is it that only the first wave, first golden era of rock and roll (1960s Motown, British Invasion etc) hog all the respect and "credibility" and the second golden era (as Reynolds calls it) of rock and roll (post-punk, synthpop, goth, no wave, new wave, oh it goes on...) is virtually ignored and worse, disdained?

An old truism of history is that it is often written by the winners. Reynolds, more or less, comes to that conclusion and offers us an unabashed revisionist history of the post-punk era beginning with John Lydon shedding his Rotten skin and forming Public Image Ltd. in 1978 to the ultimate manifestation of post-punk's deconstructionist mission, the puzzling and proudly über-gay Frankie Goes to Hollywood in 1984. In between Reynolds gives generous profiles of well known acts like Gang of Four, Joy Division, the Fall, Talking Heads, and Devo, as well as lesser known acts like the Raincoats, Scritti Politti, the Pop Group, Josef K and Throbbing Gristle to name a few. Reynolds gives an amazingly objective overview of the period chronicling the dark, futurist spirit of the post-punk bands and their eventual transformation to the sunny, fluffy new pop. It is no easy task but Reynolds achieves his goal which is to rehabilitate an unfairly dismissed era.

So, who dismisses the post-punk era? The winners of rock history: baby boomer music critics, Rolling Stone, classic rock radio, guys who play air guitar. Reynolds, unlike most critics, does not play the blame game. Rather, he just wants you to listen. There is a tone of underlying criticism on his part, however. Even the most revered bands from this era, with the clear exception of Talking Heads, do not get anywhere near the same amount of press time as say, the Beatles, Stones, Zepplin, Hendrix, or Jim Morrison. For every one article on Pere Ubu, there must be at least 100 on Jimmy Page being the greatest guitar player alive. Joy Division may be getting their own biopic but who knows if it will be as loved by the Academy as say Ray or Walk the Line was. Ray Charles and Johnny Cash have mass appeal. Ian Curtis? His name more familiar among a select few of music hipsters and campus rebels. Can I verify this accurately? Probably not. Although, open up your next copy of Rolling Stone and try to prove me wrong. A criticism leveled at Reynolds that I have noticed is that he looks at the era with "rose colored lenses" and notes that because he was a teen and young adult during the era, his view on the music is obviously biased. I wonder how old Greil Marcus was when he started worshiping Dylan? Granted, Human League and Frankie Goes to Hollywood are perhaps not the most solid of acts, and the dinky nature of synthpop and new romanticism don't look as cool or masculine as a wild guitar hero, but those are easy targets. Frankie says: "Relax!" The backlash campaign launched by Rolling Stone and MTV's overkill hype propaganda (who helped make A Flock of Seagulls into a fashion trend) forged a formidable alliance that helped margianilize instruments other than authentic guitars, bass and drums. "Roots" rock became the rage by 85. Ironically enough, some of the decades most respected and popular acts, Bruce Springsteen, Michael Jackson, as well as old timers like Eric Clapton and Paul Simon, all began tinkering with synthesizers.

What made the post-punk era a fascinating and exciting period for music was its deconstructive attitude towards rock and its tired conventions. The roaring buzz chords of the Sex Pistols ended up offering an empty promise by the end of 1977. Most post-punk acts looked to Trans-Europe Express than Nevermind the Bullocks as the future of music. That's including John Lydon. Public Image Ltd. incorporated Can, Captain Beefheart and Peter Hamill, bands verbotten to Lydon when under the rule of McLaren. Joy Division's angry, inward half-dirges painted a bleak portrait of Manchester's post-industrial ruin. Wire rejected red blooded American guitar solos for calculating European and hypnotic timbres. Talking Heads incorporated African polyrhythms into their avant-garde tendencies. Devo embraced absurdist satire. Siousxie Sioux became the high priestess of Goth. Gang of Four deconstructed sex, leisure and the cult of the rock star with their dissonant funk-punk. I could go on because I absolutely love the post-punk era due to the encouragement for experimentation and overall mission to create something new, not "shitty amped up Chuck Berry music" as the always modest Lydia Lunch states. Alas, this opportunity seems lost these days. With punk revival came the inevitable post-punk revival period of the 2000s. Reynolds is more optimistic about the post-punk revival seeing it as glimpse of the future of the music. Sure, it's nice to see these bands get their due but, many of these newer acts are not fulfilling the post-punk generations prophecy. Rehash is rehash, even if it is a good start. Time to rip it up and start allover...again.
Posted by Culture Vulture at 7:40 PM