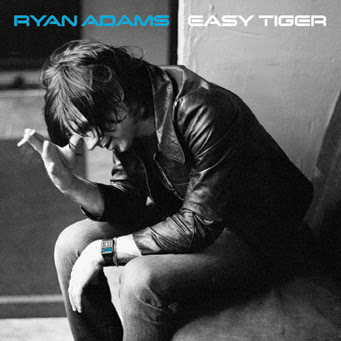 Every generation needs (or more like wants) their very own singer-songwriter. You know, the voice of a generation, the type that elegantly puts into verse every young person's hopes, fears, hang ups, distrust of thirty somethings and joy of being a lost twenty something. Essentially, their very own Dylan. Is Ryan Adams our Bob Dylan? No sir, he is not. Just as well, the only thing he has in common with Dylan is his prolific output. The Dylan comparison was always an incorrect one. Adams has much more in common with his hero, alt-country pioneer, Gram Parsons. Both share a skill at blending honky tonk, country and rock, as Parsons referred to it, "cosmic American music." One minute they could break out in a riotous bar song, the next, lay out an elegiac ballad capable of moving their audience. In the case of Parsons, I'll use the past tense. He's dead. Years of hard living caught up with him and he died of a drug overdose on September 19, 1973. He was only 26. Adams himself has had a death wish, proclaiming himself a "self-described asshole" and downing large quantities of booze, drugs and celebrity women, this two does Adams share with Parsons. They also share a birthday, November 5. Parsons died leading, Adams born to follow. Not all have agreed, naturally. Ex-Village Voice nit picker, Robert Christgau, disagreed ("I asked for Gram Parsons, I got Billy Joel.") Ever since he ditched Whiskeytown and broke out with Heartbreaker seven years ago, Adams has been hailed as alt-country's wunderkind. "Oh Great One" as Elton John referred to him. These divergent opinions of Adams have essentially summed his struggle for commercial and critical success with the former often eluding him and the latter splitting opinion. As of 2007, Ryan Adams has yet to have an official hit single and a #1 album. A prophecy unfulfilled?

Not necessarily. Ryan Adams has a loyal fan base and generally has garnered favorable reviews for most of his albums (Heartbreaker, Cold Roses, Jacksonville City Nights.) But often, he is not taken seriously. Because critics tend to pigeonhold him as an alt-country artist, Adams has branched out and experimented (Rock and Roll, Love is Hell, 29), often with mixed results. Personally, I think some of his most interesting stuff has appeared on those albums. I'm especially a fan of Love is Hell pt. 1. More often, though, Ryan Adams shines best when he is building upon what Parsons started. That is why his latest album, Easy Tiger, succeeds. Early reviews hail this album to be "his best since Heartbreaker. After seven years, Adams has come around full circle. Easy Tiger mines the same territory as Heartbreaker and its lesser, but still good follow up, Gold. Honestly, Easy Tiger is really nothing new. After veering off the easy path as Gram Parson's successor and diving into self-indulgence, it is refreshing to hear one of Ryan Adam's most focused albums. There are the rockers (the boozy, bluesy "Goodnight Rose," the car crash that is "Halloweenhead,") the soft spoken strummers ("Oh My God, Whatever, Etc," the morose "I Taught Myself How to Grow Old",) and the ballads ("Two" featuring backing vocals from Sheryl Crow, "Rip Off.") I hope Ryan Adams continues to experiment and expand into uncharted sonic territory. Still, what makes Easy Tiger succeed is Adams' mastering of the familiar. He's taking it easy these days...easy like Sunday morning. Most of the songs are laid back and gentler than previous efforts. Gone is the cocky 25 year old genius. At 32, Adams is sober and perhaps more mature. After seeing him live in December, I cannot say that the arrogance has subsided, but there has been growth which backs up his confidence. Considering that he has been making music since he was 16, it is a growth that has allowed for a worthy career to have been carved out all these years. It is a growth that understandably attaches the Dylan moniker, if that's your thing. Ryan Adams is not Dylan. Ryan Adams is not Gram Parsons. Ryan Adams is Ryan Adams.


Ryan Adams and the Cardinals performing "Oh My God, Whatever, Etc" off the new album, Easy Tiger due out June 26th.
Posted by Culture Vulture at 6:50 PM