Songs of the Day: "Double Vision" by the Ponys & "Someone Great" by LCD Soundsystem 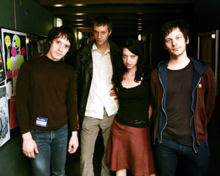 I've just had a vision...me being blown away by this song live tomorrow night when I go see the Ponys at the Bowery. Man am I hip. But mainly, I'm just in awe. This is one of the first rock singles of the year to really grab me from the get go. What a cliche, but it was worth it! If you like garage rock, if you like bands that names begin with "the" and are compared to Richard Hell and Television, then what are you waiting for? 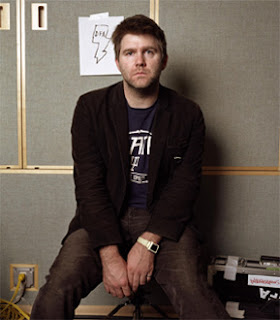 Rolling Stone says James Murphy is one of the best dressed of the year. Thanks Rolling Stone. He's also a good songwriter. You might even want to add that "Someone Great" is a fantastic song. In fact, one of my favorites of the year so far but, its no rock song. No sir. Future of popular music? We've heard a whole lot about electronic music taking over ever since the day Kraftwerk reared their German & expressionless faces. You rockers out there who fear synth pop, electronica and all forms of dance need not be afraid. If this is the future of pop music, the future of dance music, then we'll all be just fine. The droning beat that starts off the song soon links up with the song's robotic but lovely, melancholic melody. Painting a portrait of heartache and loss (standard pop song material) Murphy never fails to show his wry humor,(The worst is all the lovely weather/ I'm sad, it's not raining. The coffee isn't even bitter/Because, what's the difference?) and surprising vulnerability:

I wish that we could talk about it
But there, that's the problem.
With someone new I could have started,
Too late, for beginnings.
You're smaller than my wife imagined,
Surprised, you were human.
There shouldn't be this ring of silence,
But what, are the options?
When someone great is gone.

Here, more in common with Joe Jackson rather than Daft Punk, does Murphy stand out on that crowded dance floor.
Posted by Culture Vulture at 8:34 PM