Song of the Day: "This is the Day" by The The 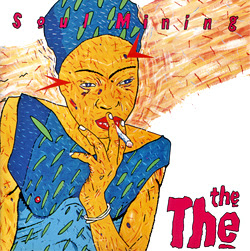 Ah, the power of advertising. A new show on AMC called Mad Men examines the cunning nature of the ad man during the Eisenhower/Kennedy years. If you are like me, you have been oddly attracted to that M & M commercial where all the M & M's are "rebelling" and finding their true selves. For instance, one M & M gets a mohawk. This is all set, mind you, to a damn catchy song. Recently, I discovered the title of the song, "This is the Day" by English post-punk band The The off their 1983 album, Soul Mining. As the main chorus hits and attracts, the tagline of the commercial is "what M & M are you?" Suddenly, it's clear. These are not M & M's with arms and legs. These were once people transformed into giant M & M's. "That is the day, their life surely changed" as found in the lyrics (slightly altered) of The The's candy floss pop song. Marx warned us about this. The term is reification where objects are transformed into subjects and subjects transformed into objects. Marx would say, these M & M's are not rebelling. They are victims of their hyper-capitalist appetite. It's commodity fetishism at its worst. Product and consumer fused together. What was that Karl? Sorry, wasn't listening. Too caught up in this delightful tune. I can't say I want M & M's right now, but I did end up downloading the song. You win Mars Incorporated. Enjoy.

Posted by Culture Vulture at 11:42 PM